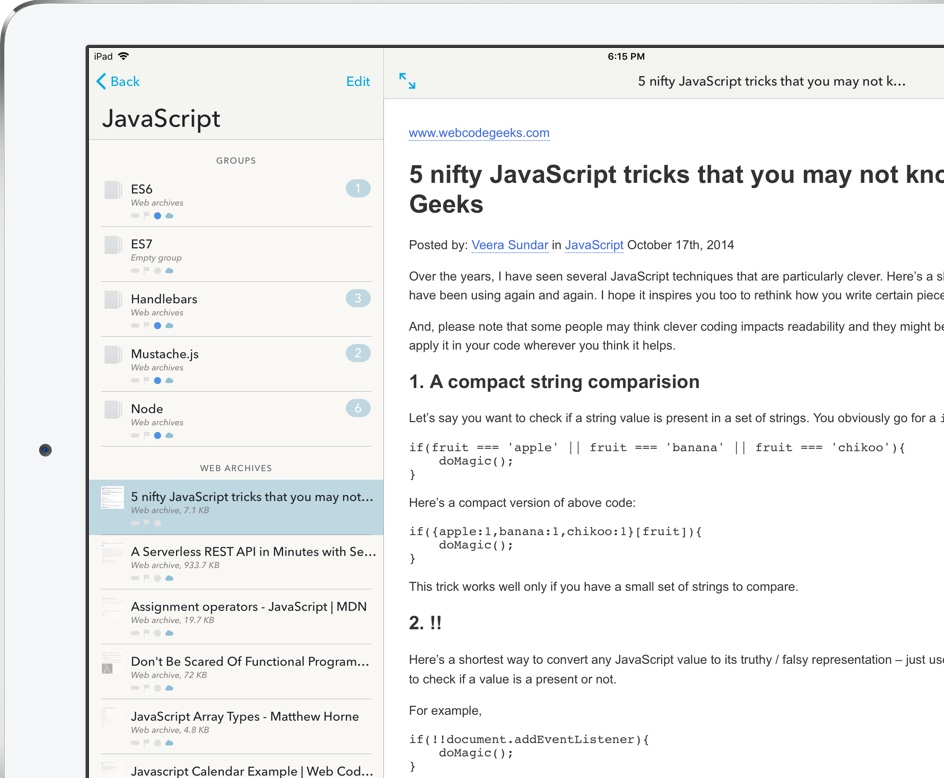 Evernote or DEVONthink Pro Office? This is the question I’ve been asking myself for several years now.

There was a point in time, somewhere around early 2015, where I switched to a plain text note taking system using nvAlt, DEVONthink Pro Office, and Drafts.

This worked considerably well though as I decided I needed to become more productive I decided to go back to Evernote.

I wrote about DEVONthink in 2015. Convinced it was only for academics who do heavy research, I didn’t know what to do with it. My first year at Pitt was that year so I eventually bought it.

DEVONthink to Go Gets a Makeover

I also use DEVONthink Pro Office and DEVONthink to Go to archive my blog posts, screenshots, and screen recordings from iOS. 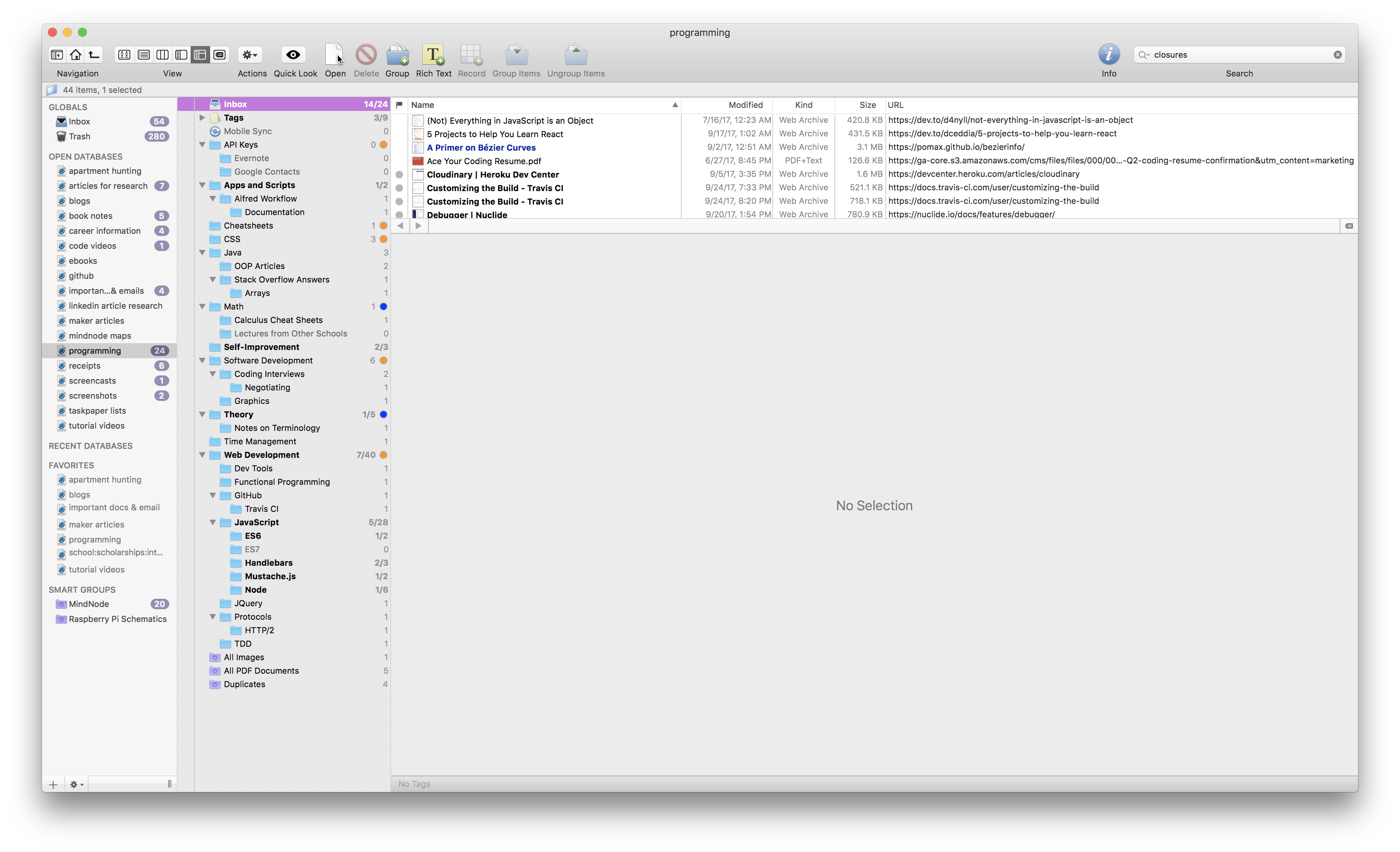 Evernote is for the ephemeral, things like newsletters and recent web clippings I will delete eventually because I will not be referring back to them more than a couple times.

I know Evernote is the favorite but I use both of these apps in tandem. It’s taken me a while to realize each app’s strengths and play to them.