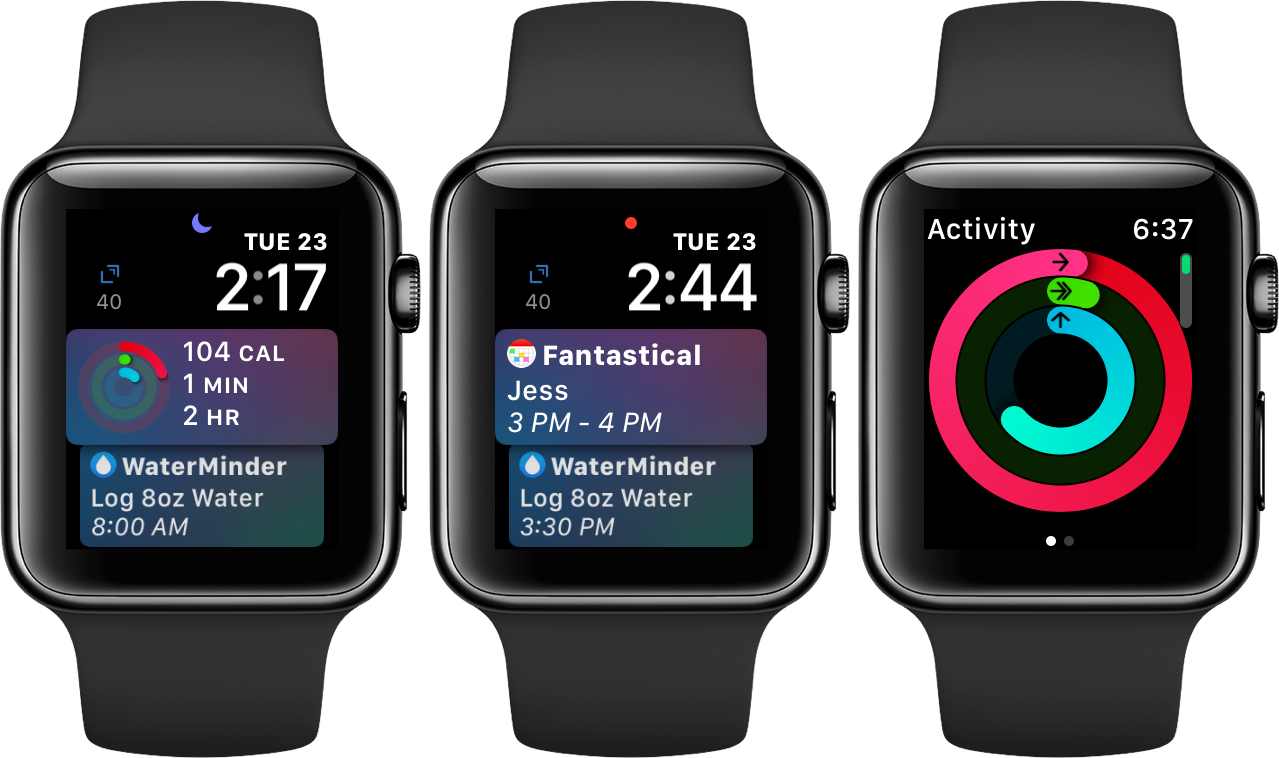 If you were to see me in real life, you’d instantly recognize I am not small. I am tall for a woman1 and really, really fat.

I wasn’t always fat. I was really skinny as a kid and a really fit teenager.

What happened is a long, involved story about my deteriorating emotional state as a very young child and teenager. As such, I was put on medication that puts on a lot of weight. No small amount. Not even a medium amount. I’m talking 100+ lbs, depending on the dose.

It was a pretty popular medication then for what was ailing me. They still give it out to kids in foster care who are hard to manage. One girl went from 150 lbs to 315. You can argue all day about doctors prescribing such harmful medications to children who are still growing and growing into themselves as people but that is an argument for another day.

There were medicines that increased my appetite to go along with the fat meds. There were meds that would, if taken long enough, give you diabetes. These medications aren’t in use much today but they were when I was a kid and because I was so disruptive and depressed my care team felt that they had no other choice.

As I grew increasingly depressed among other things as a pre-teen and teenager, I began to exhibit signs of an eating disorder. I would horde food in large quantities in my bedroom, consume it all at once and in secret. This would be how I handled stress. I was active; I played field hockey in high school, basketball, softball, volleyball, became a junior lifeguard, and took a lot of walks. The weight I put on from these things was very minimal.

When I was 14 things got really bad and I needed to be medicated. This is when I took a medication known to put on weight. I put on 40 lbs when I took it. It devastated me. I was fit and active and had a body that could have made grown women jealous, and I put on 40 lbs. It was awful.

As time went on, I switched up medications. A lot. The dagger in all this was a medication for mood swings called Depakote. The increasing dosages they gave me when I was 16 meant I gained another 85 lbs in 5 months. I kid you not.

My friend is on this medication as a grown man and has gained 75 lbs over the course of a year. It’s not fun.

Adulthood and the Struggle to Regain Control of My Body

It took a while and some self-discipline2 to actually lose weight. I had become obscenely obese at the age of 25. I carried it better than most because of my height. It was still really bad.

At the age of 28 I lost 140 lbs by changing my diet and lifting weights. It was gradual. I started to walk up this hill outside of my apartment and back around and as I saw progress, I picked up light weights and started working out at home.

Eventually I got a gym membership at Planet Fitness and this is where the weight loss accelerated.

I started a new job, moved to a new place and began to eat out as when I came home from work I would be tired. I didn’t want to cook and/or do the dishes so I’d go over to the square and get a couple tacos or go to Mama’s Pizza and get a pizza and eat on it for a couple days. I gained a lot of the weight I lost back but I lost it over the course of three years by going vegan, then moving to Pittsburgh and finding the best gym in the state and lifting weights.

I lost 90+ lbs and felt really good about things but emotionally I was struggling.

I suffered from a relapse of depression in 2016. It got really bad and I should have sought help for it but decided against it. I did get a therapist and doctor and it helped but the damage to my body had been done.

I was afraid to leave my house so I would order something from a restaurant to get “nourishment”. This, along with no longer going to the gym, put the weight back on…and then some.

Getting the Apple Watch and Kicking Healthy Habits into Gear

I got the Apple Watch earlier this year and it started a change in my behavior.

Firstly, I wanted to close my Move Ring everyday. I was disappointed when I didn’t.

I tried to take a few walks but that never stuck.

Moving to the place I am in now, with all this space, has been a godsend. It allowed me, when my doctor suggested I exercise, to actually have room to do it in here. 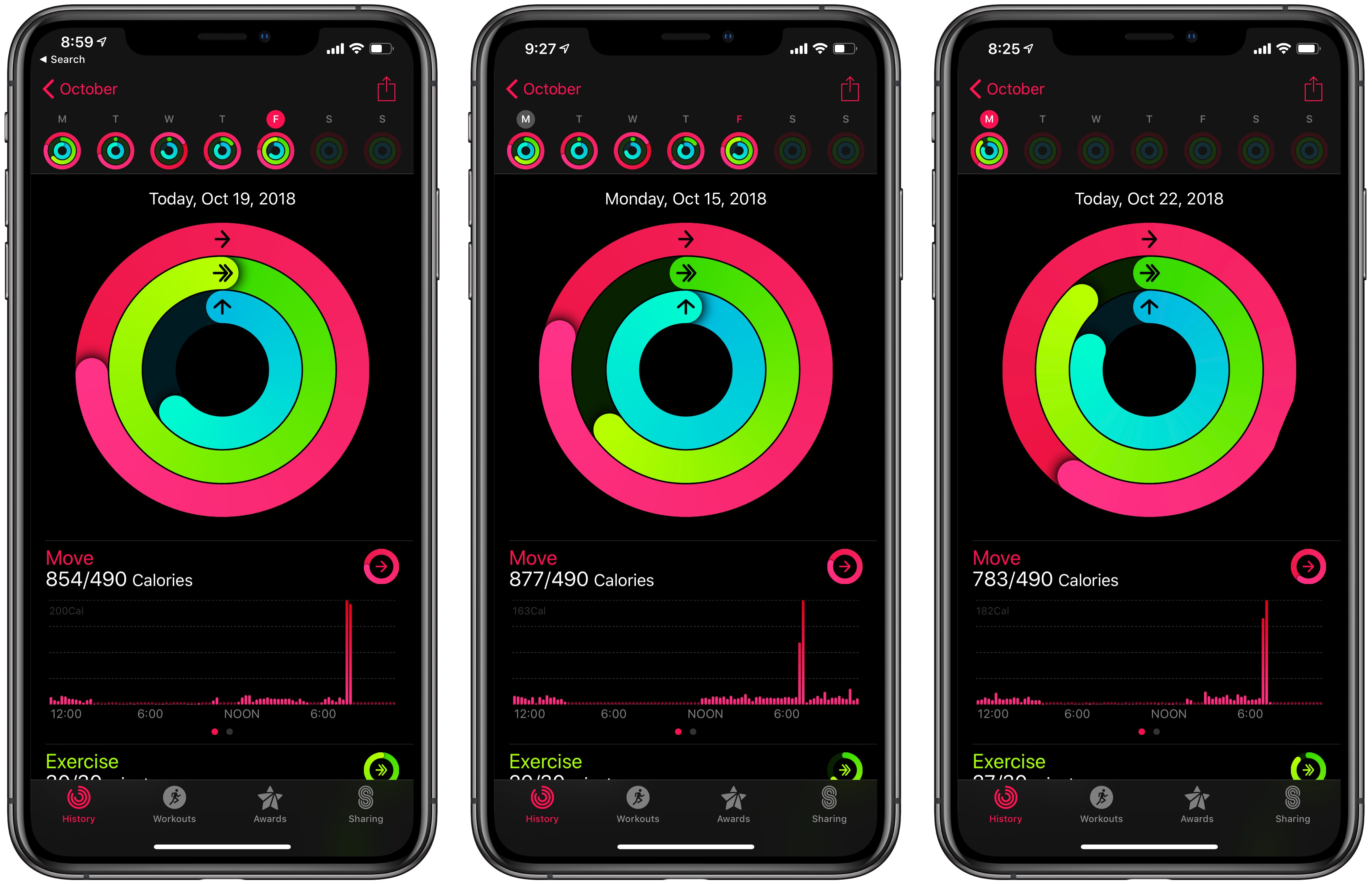 The activity app has been my gauge for how well I am doing everyday. I have only closed my exercise ring once since I’ve been exercising but that’s okay. I have lost some strength gains and am completely out of shape so getting 19, 27, and 30 minutes in in one week is fine.

Monitoring Sleep and Heartbeats with HeartWatch and AutoSleep 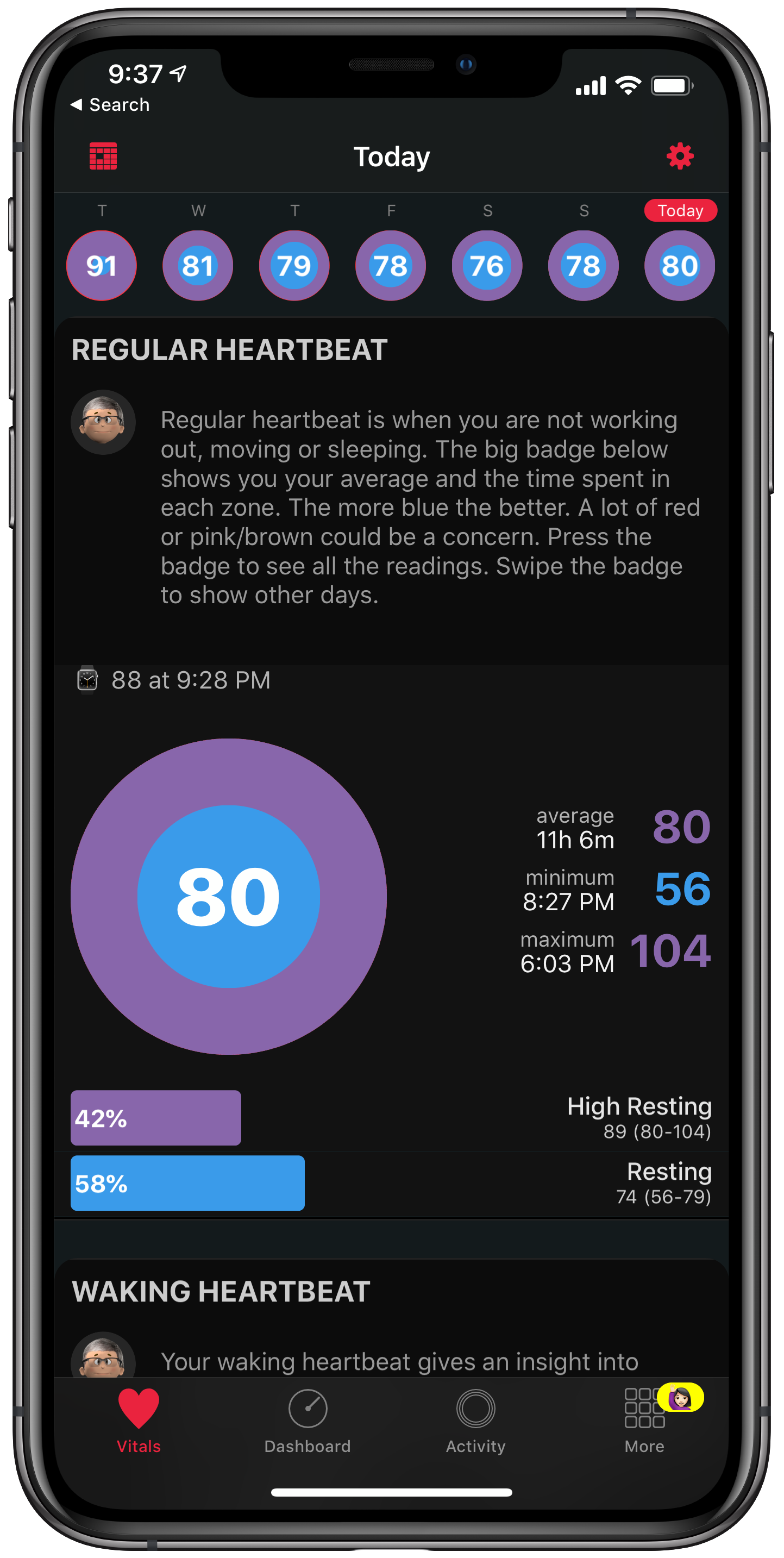 The last time I got an EKG, the doctor said that there was some weird, slow HRV going on. She told me she thought it was because of the medication I am taking that can effect your heart rhythms. I have had fluttering off and on since taking it 12 years ago and it concerns me now that I am older.

I don’t have the Series 4 Apple Watch3 so instead I monitor my heart beats with the Heart App and HeartWatch. 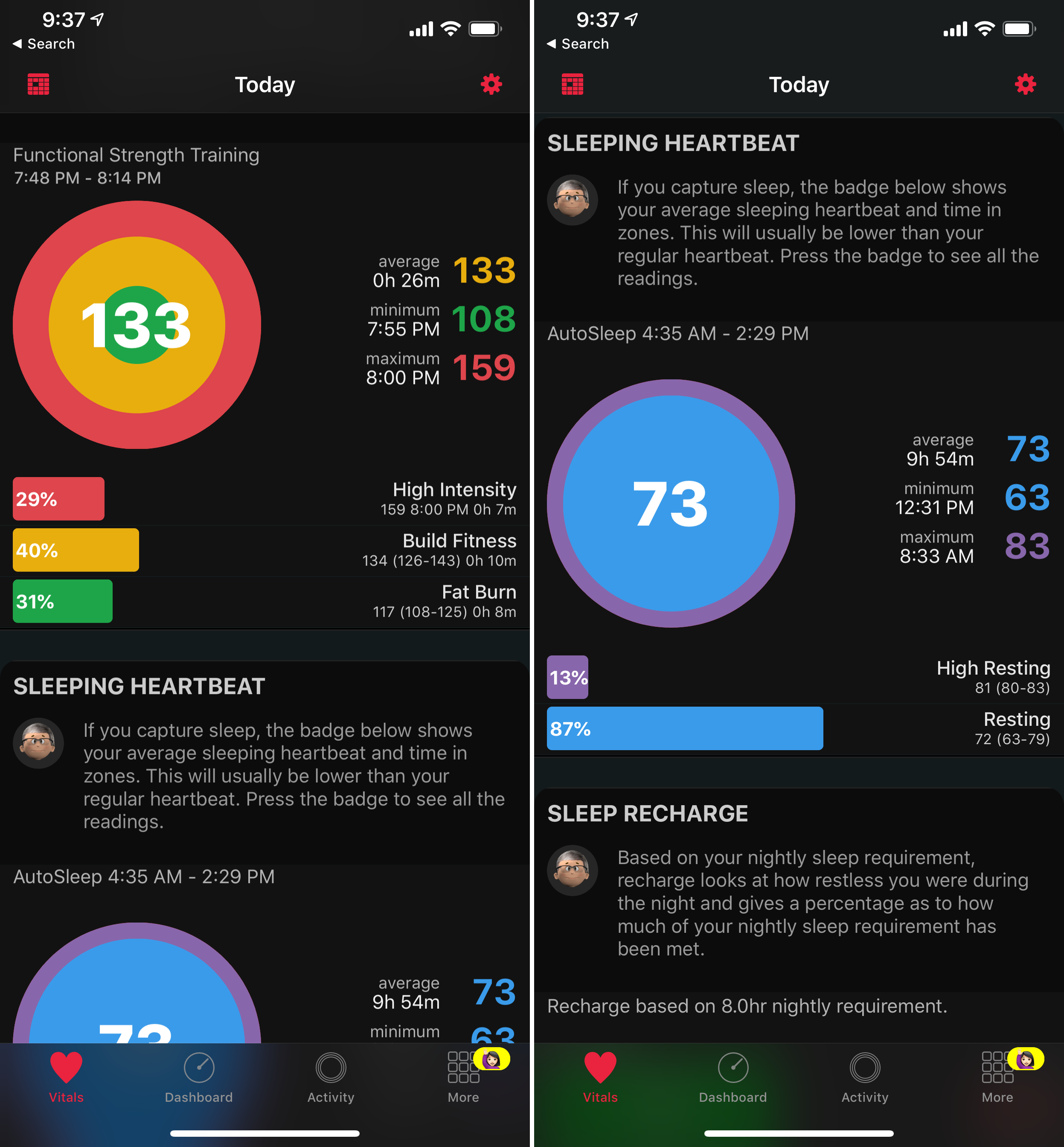 My heart goes the fastest during exercise which is to be expected. Monitoring recovery time is also an important aspect of knowing how well your heart is working.

I keep the Health app on my homescreen as well as WaterMinder and Activity. I like to see, at a glance, how well I am doing with my goals. 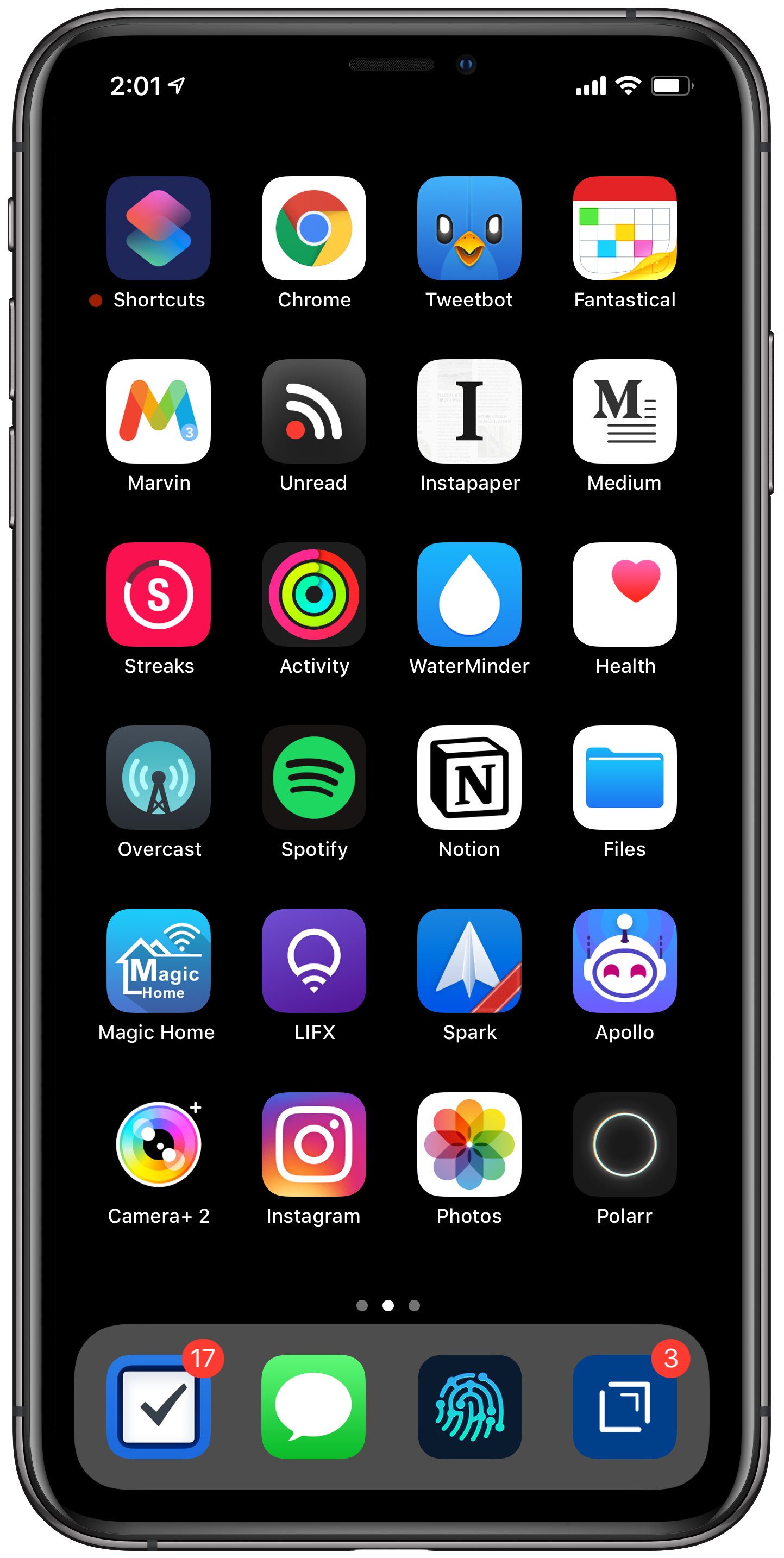 You can get a birdseye view of your activity in the Activity Today tab. You can choose between Day, Week, Month, and Year views. Here is my activity for the month. 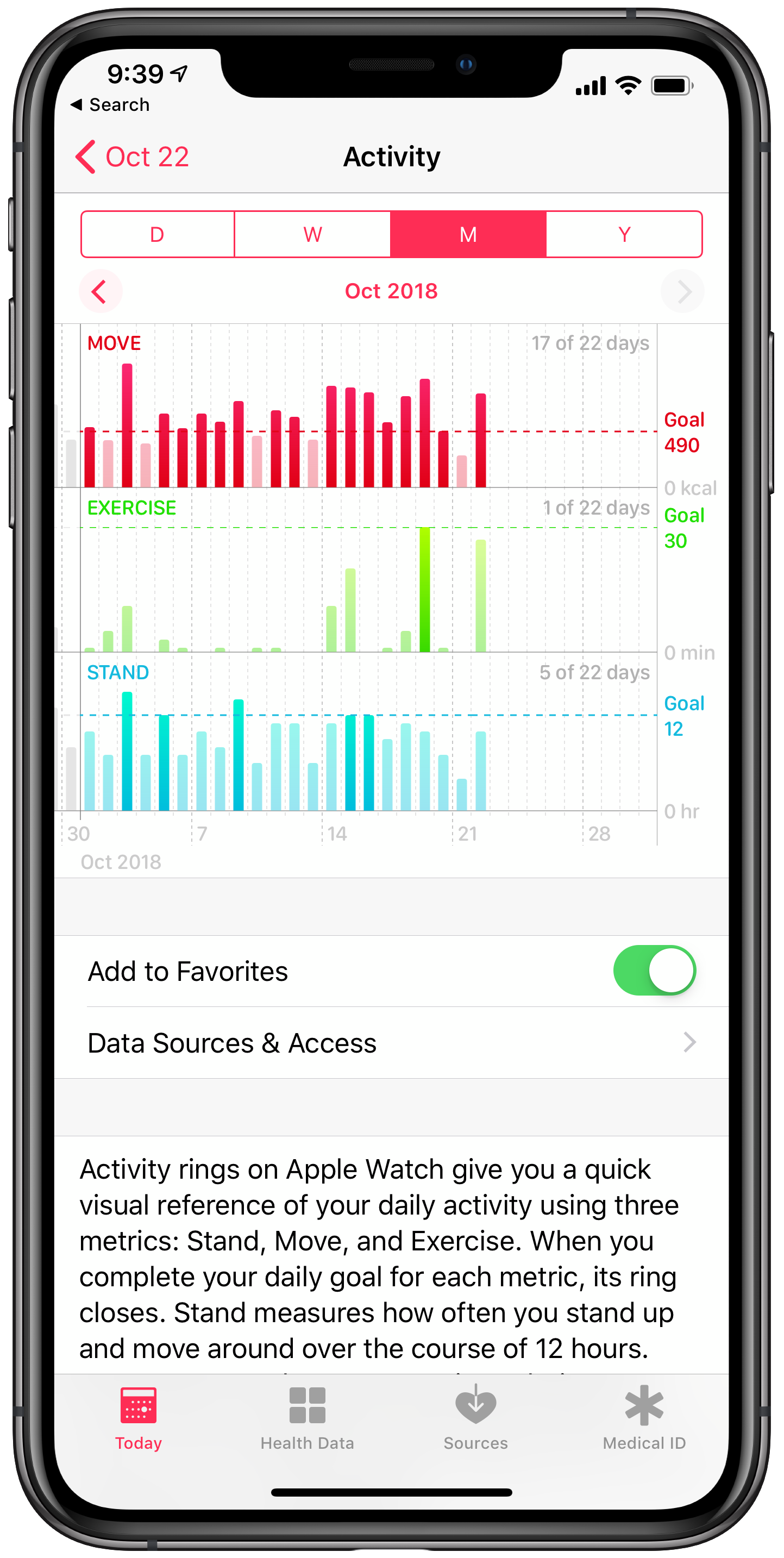 You can get a roundabout view of everything you need in the Favorites section of the Health app: 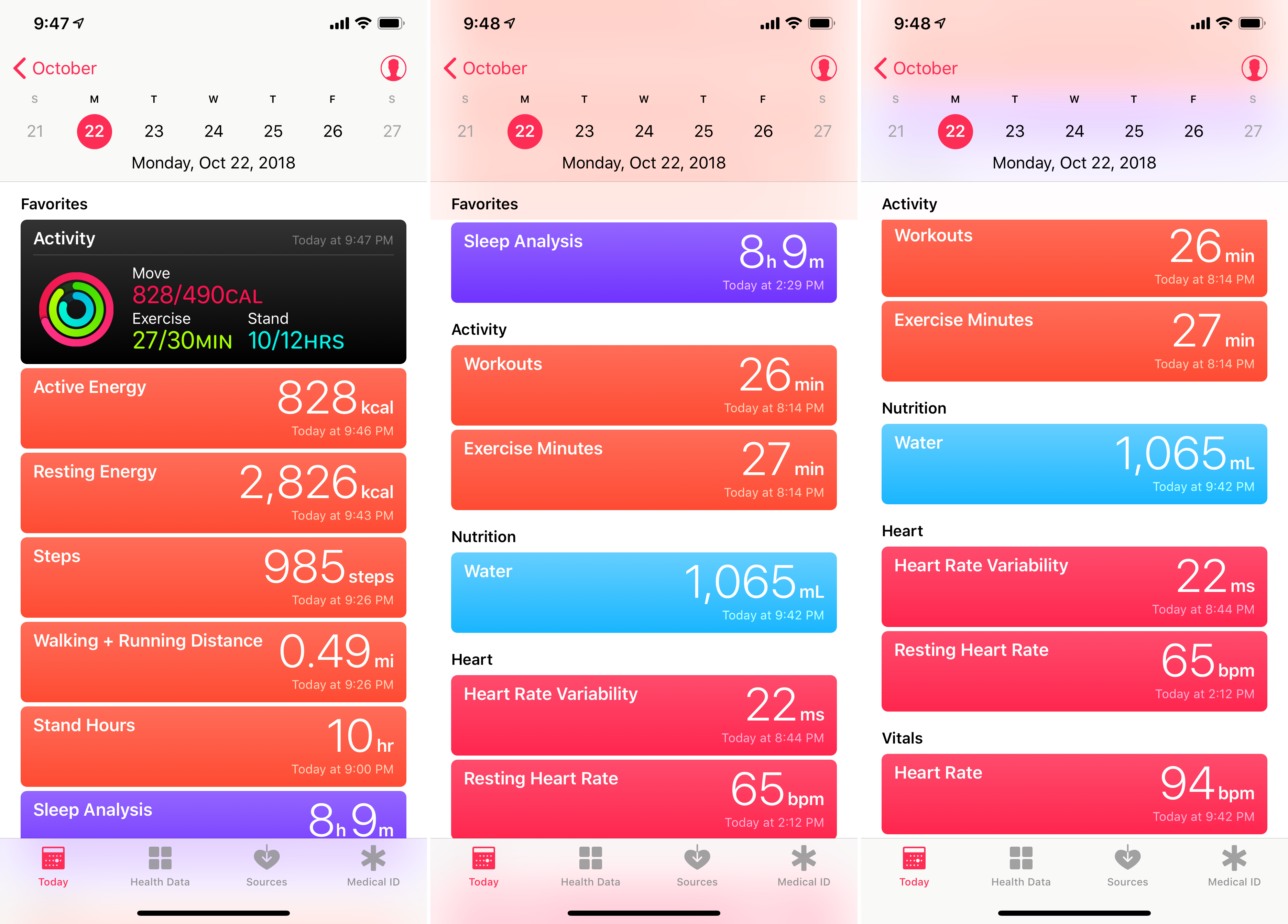 Streaks, Due for Motivation

Getting started is the hardest part of setting up an exercise routine. I know it was for me. Staying consistent is the second hardest part. Some days you’re tired. Some days your work is going so well you don’t want to stop. How do you avoid the trap of, I’ll do it tomorrow?

I don’t have an answer for this. I am not a motivational guru. But I will say that I found the perfect YouTube channel, FitnessBlender that is easy enough for someone getting back into the exercise groove and hard enough for someone who has done it before.

The apps I use are pretty simple. I set up a Due notification to remind me to exercise4 and get motivated by seeing my streaks continue. 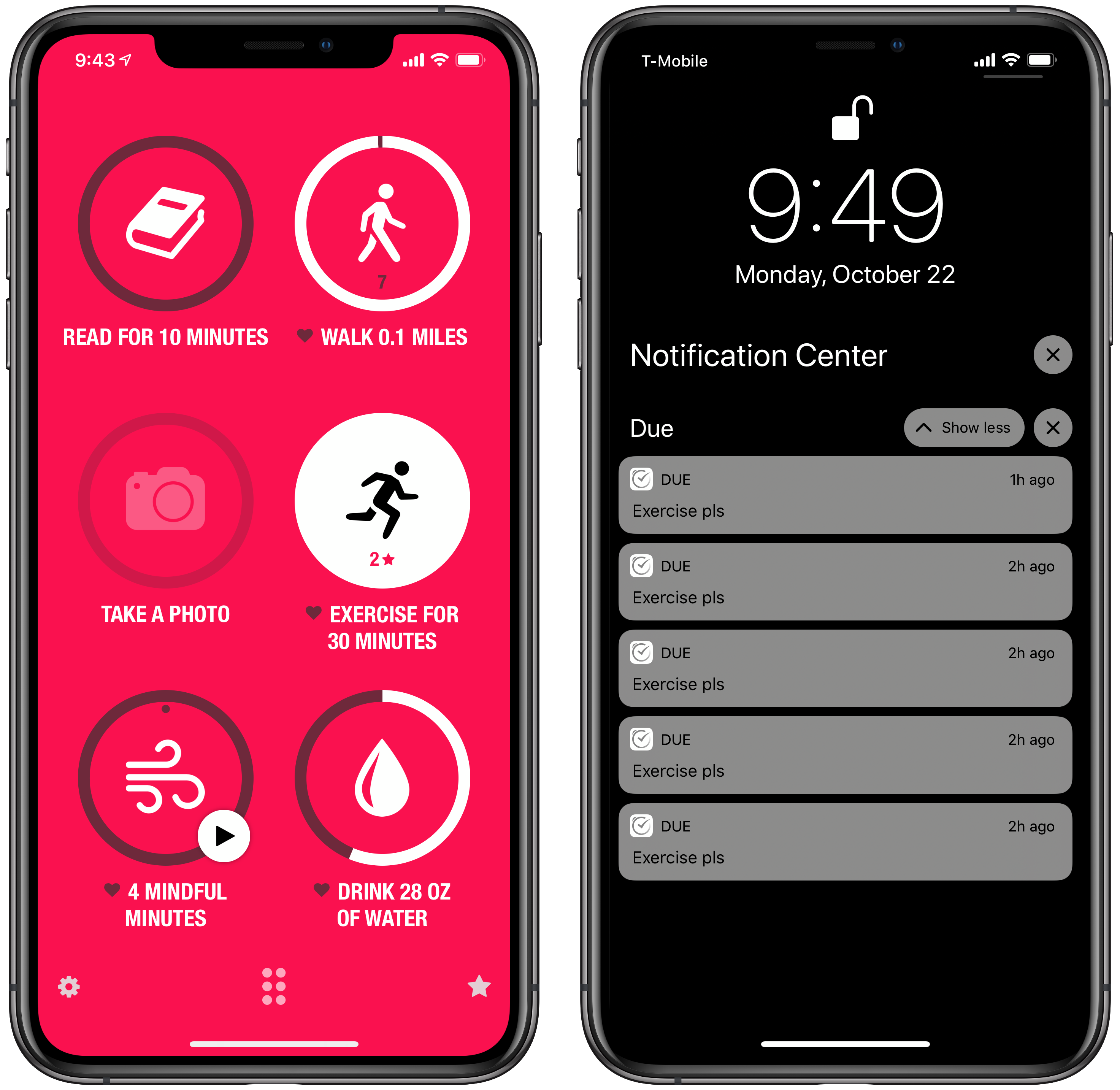 The test of how well this plan sticks is if I can go more than a month of doing this. Every time I exercise those endorphins make me feel 10x happier and more productive. Trying to remember this is important for days like today, where I am tired, to get up and do the thing. Fitness Blender makes it easy to want to, however, and that is oh so important.

The weight is here and it isn’t coming off by me wishing it would. It’s going to take hard work. And I accept that.